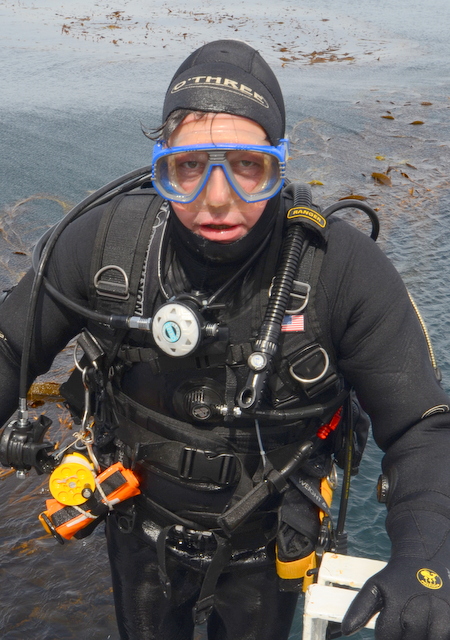 Joost is regular weekend and expedition diver, surveyor, and scientist with the team.  He became involved with SMSG in 2012, after finishing his MSc (Zoology) by research in the Falklands through the University of Aberdeen. Joost is originally from the Netherlands, but travelled to and settled in the Falklands in 1989. After having worked for both the Falkland Islands Fisheries Department  and a local fishing company as a Scientific Fisheries Observer, he started leading the Observer team from 1997 onwards, and has done this ever since. Joost started diving in the mid 90’s doing his BSAC training both in the islands and finishing it off in Weymouth, primarily to be included on the dive surveys that the FIFD started to include within their research programme. With the FIFD he did regular surveys in port William as well as some surveys around the islands on the RV Dorada.